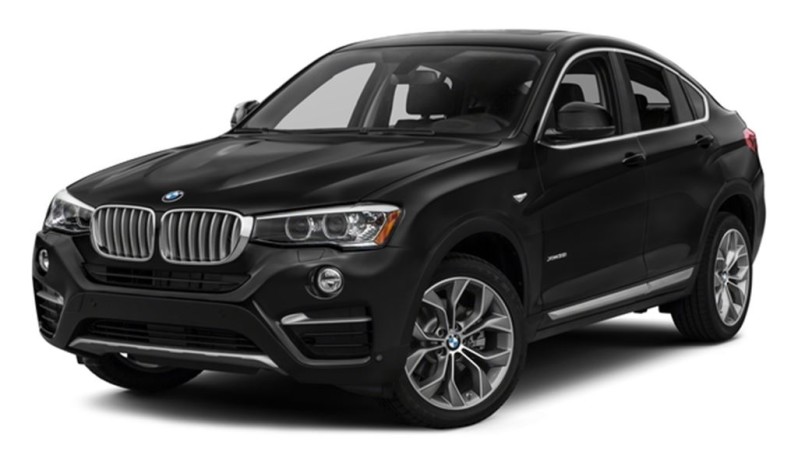 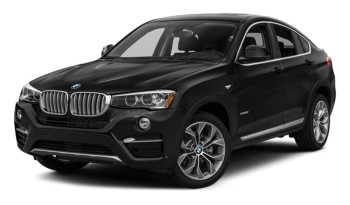 The X4 comes in two standard flavors, both wilth all-wheel drive. The X4 xDrive28i offers a turbo-4 that makes 240 horsepower and can propel the crossover up to 60 mph in about six seconds. The X4 M40i is the performance pick—for now—and offers up an entertaining turbo-6 that makes 355 hp and a wall of torque. It rips off 60-mph sprints in less than five seconds and it’s almost as entertaining as the X4’s shape. In either engine configuration the standard 8-speed automatic is good enough.

The base engine in the X4 xDrive28i is a turbo-4 rated at 240 horsepower and 260 pound-feet of torque. Its specs are on par with the Porsche Macan with which it competes, but the BMW’s mill is more familiar to us. We like its power delivery, its rorty behavior when called upon, and its willingness to calm down too. All-wheel drive is standard on all X4s and splits power 40/60, front to rear. Although all four wheels can be powered, it’s not a system designed for off-road use. The X4’s available 20-inch tires were our first clue. The all-wheel drive system can send up to 100 percent of the X4’s power to the rear wheels and a performance controller can split torque side-to-side, provided you’re brave enough to test the limits of grip in a 5,200-pound crossover.